It is freezing in Florida.  So says the native Floridian who's never lived through a 'real' winter.  Seriously though, it makes me very unhappy when it doesn't get above 40 degrees in the middle of the day and in the morning when I have to feed my equine friends it is 20 degrees.  Yuck.  And we don't get any nifty snow or anything.  Those of you that have survived colder temperatures are welcome to chastise me :) 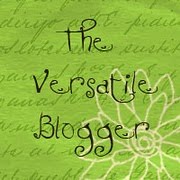 On to writerly stuff, I have received a delightful award from the super cool Joann Swanson!!  Thanks, Joann!  Joann is one of the Killer Chicks, and I haunt her personal blog and the Killer blog on an extremely frequent basis.  Both blogs have really great writerly topics and plus Joann's has ravens (or are they crows?) which I love.

So, award recipients are asked to share 7 things about themselves.  My last sharing was random stuff, so this time I decided to do a theme on my writing life.  Here goes:

1) I started writing at such an early age I can't remember, but it was roughly 5 or 6.  I wrote a poem about a white Christmas pony, which was specifically designed to manipulate my parents. It was unsuccessful.
2) The first novel I started writing was when I was about 12.  It was also about horses.  I never finished it.
3) The third (I think) novel I started writing was when I was about 14 or 15.  It was high fantasy, because I was big in my Tolkien/Tad Williams/Dragonlance phase.  It was pretty unoriginal but I got to about 150 pages I think.
4) I started a bunch of other books and wrote a lot of random poems (one was about being pissed off at traffic and eating peaches in my car) while in my teens.
5) Life intervened!  I became a young mother and didn't do much writing as I spent my early twenties chasing after a very rambunctious and completely awesome kid who I'm proud to call my son.  He is almost nine now and reads 300 page middle grade novels.  Yes, I'm totally bragging.  He rocks.
6) My current WIP starting percolating in my brain a really long time ago.  Like 7 or 8 years.  I finally started writing it about 2 years ago, finished the first draft about 10 months ago, and have been editing and getting rejected by agents ever since.
7) I've started the second book in the series, as well as a couple other future projects which I switch to when I get bored or need a break from my main WIP.

I guess that was sort of a timeline really... anyhow, here are the new recipients of the Versatile Blogger Award - they all have lovely blogs which I encourage you to stalk:

For those of you that didn't see my last post, I was in a tizzy about this really cool agent auction over at Miss Snark's First Victim.  People got to post their first 250 words and be critiqued by fellow writers and agents, and then the agents bid for pages, and it was super fun and informative.  Would anyone be interested in doing a similar thing here, posting your first 250 words and getting feedback from everybody?  Obviously there won't be any agents so it won't be as exciting, but I thought the feedback could be helpful.  Let me know your vote!

Finally, I just wanted to apologize ahead of time if I am not visiting everyone's blogs as much in the next couple weeks or so.  I have been insanely busy at work, and even though I met my deadline that I was sweating about last week, I am consistently finding myself in a zombie-like state upon arrival at home and probably will be like that until the end of the year since this is our busiest time.

Stay warm writer friends!!  Use the mind numbing cold to drift on new planes of thought and have inspired feverish writing sessions!
Posted by alexia at 10:32 PM