I am very psyched to share about my trip this last weekend to Atlanta to see Neil Gaiman on his last U.S. book signing tour. This was my second time being in the physical presence of my favorite author. The first was in 2011 at World Fantasy Con in San Diego, which you can read about here.

The adventure started out by picking up my friends Ann Marie and her boyfriend Lee and driving five hours from Florida to ATL. We got to the site of the event, a small women's college, about three hours before Neil was scheduled to talk and went to grab something to eat. When we got back like thirty minutes later, there were hundreds of people in line ahead of us. We had to wait in the blazing sun for over an hour to pick up our tickets, but it was a very pretty and magical looking ticket indeed: 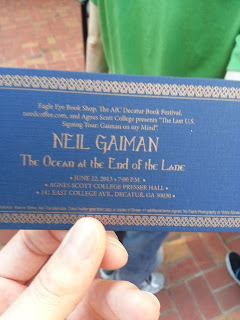 After that, we had to get in the longest line I've ever seen, which spanned like half the campus, to wait to get into the building. This is the line when we got to the back (though it's missing about thirty people on the left side), and what you can see below is only about a fifth of the whole thing. Can you see how far it stretches into the distance??? 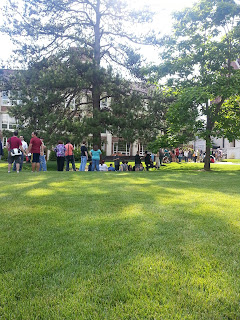 We finally got in and sat in the balcony at the back of a large auditorium. Neil spoke at about 7:30 and as usual was smart and charming and super cool. He read from Ocean at the End of the Lane and then had a brief Q&A, though he refused to answer more than three Dr. Who questions. My favorite answer? When asked how he approached a writing project, he said, "I just sidle up next to it and say Hullo."
This is the gorgeous building we were in: 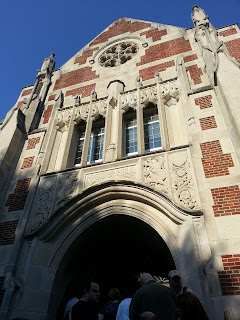 After Neil spoke the serious waiting began. We had about six hundred people ahead of us to get our books signed. Finally, after midnight and eight hours of waiting total (eight!), we got our books signed. And it was totally worth it. Neil was so friendly and made a point to talk to everyone even though he'd been signing for hours. He said he liked my shirt, which just about made me giggle like a school girl, and I asked him about something he'd said he was working on when I saw him in 2011, and then we were through and it was over, and I didn't regret one bit of the waiting.
Here is a pic of me and Neil, with most of my makeup melted off from waiting in the Georgia heat and a beam of light cutting across my head: 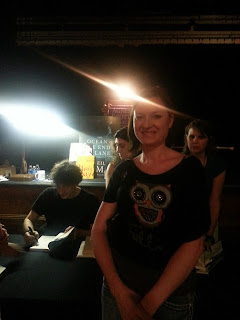 Silly as it sounds, I feel changed every time I see Neil. It solidifies my aspirations as a writer, and helps me dream of the future. I want to be the cool author with an eight hour line. I want to travel the world and make good art and inspire others. I want to free the imagination of countless readers and change how they see the world every time they pick up one of my books.
So, yeah. It was a pretty rad weekend :)
**Update** LOL, I just read my old WFC 2011 post where I talk about waiting ONE WHOLE HOUR to get Neil to sign my book. Oh, perspective... 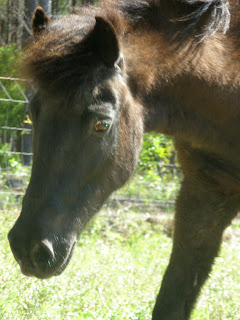 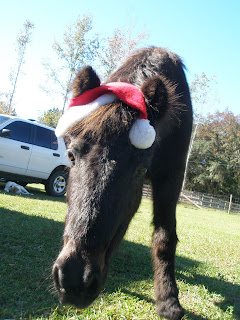