Some Things I Did Last Weekend While Not Writing

I had an entire hermity weekend planned out. I was going to sit on the sofa and edit my happy little brains out (literally, I think it's dying a slow death). Then my husband announced that we'd been invited to go boating at a nearby river. At first I resisted... but then I realized that sometimes us writers just need to get out and relax, be with people, not bore the hubs and kids to death, etc. So, here are some pics: 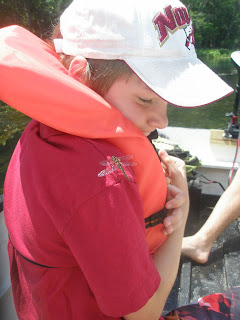 To me, this is the real Florida - no flamingos, just a nice jungly swamp-like location. 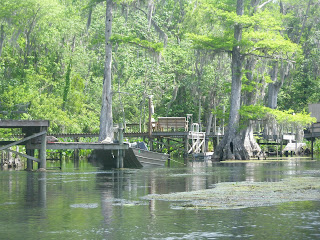 ﻿
﻿A random tree, which may have been used in the filming of either Tarzan, or Creature from the Black Lagoon. 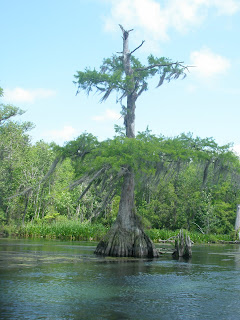 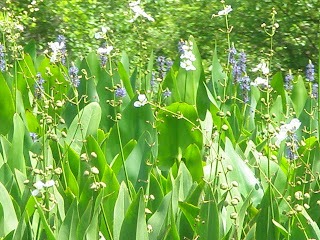 What have you been doing lately while not writing?
Posted by alexia at 9:47 PM