A Trip to Romania - Cloaked in Fur Release Party!

I am super excited, for the second week in a row, to share my blog with another of my writer friends, T.F. Walsh! Her book Cloaked in Fur was just released by Crimson Romance a few days ago. Take it away! 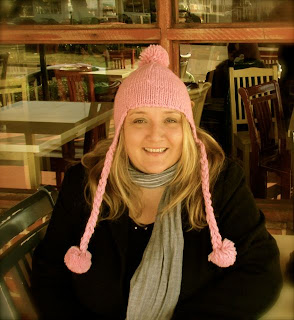 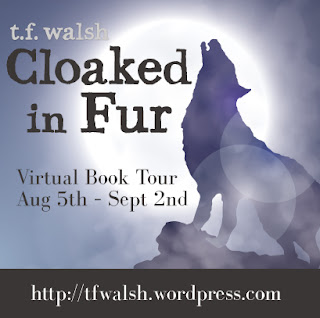 Hi Alexia, thank you for having me on your blog. I wanted to chat about setting today, and why I chose Romania for Cloaked in Fur.
Cloaked in Fur is set in Romania, more specifically Braşov. Braşov is located within what is the region traditionally known as Transylvania. I was born in Romania so I have a special place in my heart for stories based there, particularly those stories set in Transylvania. The region is steeped in lore and history and is about 30km from the Bran Castle, one of the historic homes associated with Vlad Tepes. Vlad Tepes is also known as Vlad the Impaler and is often cited as the historical basis for Bram Stoker's Dracula. Whilst many people consider him a villain, the local populace generally consider him a hero. Interesting fact is that is it said Vlad the Impaler never lived in the Bran Castle, despite the Dracula stories. The region of Transylvania also contains stretches of the Carpathian Mountains. The Carpathians spread through a number of European countries. Large tracts of forest, deep gorges, steep cliffs and cave systems make it a dangerous and beautiful area. With a large population of animals including wolves and bears it makes a wonderful setting for any story. And that’s exactly why I set Cloaked in Fur in Braşov.


So, readers, what setting would you love to see in a story? 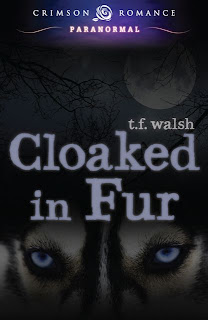 As a moonwulf, Daciana never expected to fall in love with a human. Hell, she never imagined that she’d abandon her pack, endanger everyone around her, and break the worst rule possible. But she did.
A rogue werewolf is killing Daciana’s friends, and she sets on capturing the creature.  She’ll do whatever it takes to stop the beast. The police and her boyfriend, Inspector Connell Lonescu, are starting to question her involvement in the murders, which is endangering the pack’s secret existence. But when the pack alpha kidnaps Connell, revealing the awful truth about the creature and its connection to the pack, Daciana must choose between saving the man she loves and saving her pack family from certain death.
Buy Cloaked in Fur Here:
Amazon
AmazonUK
BarnesandNoble
iTunes
CrimsonRomanceBooks
About The Author
T.F. Walsh emigrated from Romania to Australia at the age of eight and now lives in a regional city south of Sydney with her husband. Growing up hearing dark fairytales, she's always had a passion for reading and writing horror, paranormal romance, urban fantasy and young adult stories. She balances all the dark with light fluffy stuff like baking and traveling.
Find her here!
Website
Twitter
Facebook
Pinterest
Goodreads
Amazon
I love having friends over to visit! And I hope everybody has a great week. I'm on vacay starting Friday!
Posted by alexia at 6:00 AM 15 comments:

Today I am so excited to share my blog with my writer friend Lisa Ann to talk about her new book deal. Here's a bit about Essence, being released in June of 2014 by Strange Chemistry:

Neutrality is the key to longevity.

This motto has governed 17-year-old Autumn’s life in the mid-21st-century Centrist cult, which believes that expressing emotions leads to Essence drain and premature death.

But Autumn’s younger brother’s death casts her faith into question. While sprinting through a park in violation of Centrist teachings, she encounters Ryder Stone, an Outsider who claims Essence drain is nothing more than a Centrist scare tactic. She agrees to join his Community, a utopia of adrenaline junkies living in the abandoned remains of Yosemite National Park.

Autumn learns about sex, drugs, and living life to the fullest. But as she discovers dark secrets beneath the Community’s perfect exterior, she realises that this illusion of paradise could be shattered…


Cool, yes? So stoked for it to come out! And without further ado, here's the interview:

AC: I understand that camping out in Yosemite for the summer was part of your inspiration for Essence. What would you say inspired the unique rules and concepts of the Centrist cult in your book (the concept of Essence, etc.)?

LO: I have always been intrigued by the psychology of cults, so I jumped at the chance to create a main character whose entire upbringing was shaped by one. I picked San Francisco as the hub for my Centrist cult because I remember the public outcry that ensued in the aftermath of the Northridge Earthquake in 1994. Some groups actually believed the earthquake was a manifestation of God’s anger, and they said San Francisco was targeted because it was a haven for perversity.

I wondered what would happen if a group of San Franciscans actually took this message to heart. I drew from Theravada Buddhism and the concepts of the Four Noble Truths, and I created the Centrist cult and its Essence theory—which advocates living a life of neutrality and warns that your emotions have a finite limit. Once you use yours up, they’re gone. You’re gone.

Imagine how scary it would be to believe you might run out of Essence and drop dead at any moment. That’s what my main character Autumn faces when she finally decides to break free from her Centrist upbringing.

AC: Super cool! Love the tie to Buddhism. Okay, so who is your favorite character in Essence, and why?

LO: It’s hard to choose, but I’m pretty partial to Ryder Stone, the Outsider who first convinces Autumn to leave the Centrists and join his community of free spirits and adrenaline junkies in Yosemite. He’s a very complex character, and he fought me every time I tried to pigeonhole him. (I literally had no idea how the story was going to end until I finally gave up and let him lead the way!)

AC: He sounds fun! I love it when characters are bossy like that :) Next: what has surprised you most about your publishing journey so far?

I am finally beginning to see the publishing industry for what it is: an industry. When I first started this journey, I pinned all my self-worth on the success of my novel. If an agent or editor liked it, that meant I was a good writer. If they didn’t, I questioned my entire identity.

Nowadays (thanks to time, experience, and many, many rejections), I understand that agents and editors can like my work—sometimes even love my work—and still reject it. Maybe it isn’t a good fit for their list, or maybe they already have a similar novel. Maybe the market is saturated, or maybe it isn’t saturated enough. Maybe they love my novel but realize it doesn’t have mass appeal, or maybe they just don’t love it enough to stake their reputation on it.

Regardless, rejections are often far less personal—and far more subjective—than I would have ever imagined. This is good news, and it’s bad news. When agents and editors say, “It’s not you, it’s me,” they usually really mean it.

AC: Excellent point! Now, tell us something fun and/or random about yourself that has nothing to do with writing.

In the past thirteen years, I have lived in sixteen different houses in ten different cities in five different states in two different countries in two different hemispheres. I have accidentally surfed with great white sharks in Australia, and I have been stranded on a cliff in Death Valley and marooned in northern British Columbia when my truck hit a patch of black ice and flipped six times. Despite this, my three biggest fears continue to be Ferris wheels, odd numbers and wooden utensils. (Sad, but true…)

Thank you so much for taking the time to interview me, Alexia, and thanks to everyone for stopping by to visit. I had such a blast writing Essence, and I still can’t believe I get to share it with you!

AC: I have mega wanderlust, so that sounds amazing! Thanks so much for stopping by today! So, to learn more about Lisa Ann and Essence, check out the links below. Her Pinterest board for Essence is super fun, so don't miss that!