Of Blood, Earth, and Magic Release!!

Hi, friends!It's finally here! My YA fantasy Of Blood, Earth, and Magic. A book about a girl, a horse, a boy, a land ravaged by magic and monsters, and a circus of rebels. A book from my soul. It's mage punk/tribal fantasy. It's dark and beautiful and whimsical. Read on for some fun quotes and pics. Or go ahead and snag it now for FREE if you have Kindle Unlimited, and only 99 cents for everyone else through the end of the week!! 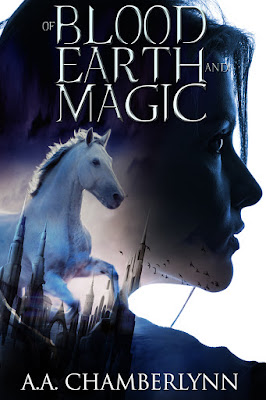 There was a time when the Tribes lived in harmony. Sun, Moon, even the fabled Shadow Tribe. That time is no longer. Now the land has become a wicked wasteland, plagued by strange creatures, enchanted storms, and bubbles of trapped time, remnants of the Shaman Wars. Magic has been outlawed by the Sun, the Moon have gone into seclusion, and the Shadow are all but annihilated, with threat of death hanging over any who step foot within the realm.This is Iamar.For Elea, the idea of peace between the tribes is a nothing more than a legend from the history books. She works for a circus of outcasts who travel between the Sun cities. All she wants is freedom: from the circus, to perform her magic, to be herself. But she possesses a deadly secret that makes any chance of liberty impossible. Ashe is a spoiled Sun boy, heir to one of the seven Sun cities. He rebels against his overprotective father by competing in illegal fight dens. Like most Sun, he believes that science is the future, and he’s never traveled outside the walls of his city due to the dangers that lie beyond.When a new kind of evil begins to terrorize the land, Elea and Ashe find themselves thrown into the center of a coup that could destroy Iamar. To fight the enemy, the Sun and Moon must unite, something that hasn’t been done in three hundred years. But first they must find the Moon Tribe, and that means crossing Iamar, which grows more and more unstable as the dark magic spreads. Dark magic which has everything to do with Elea and her terrible secret. 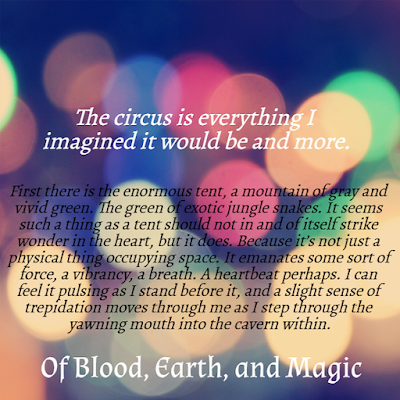 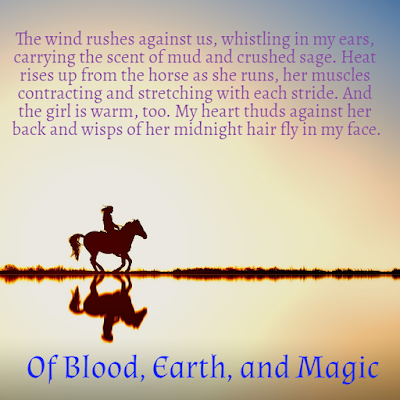 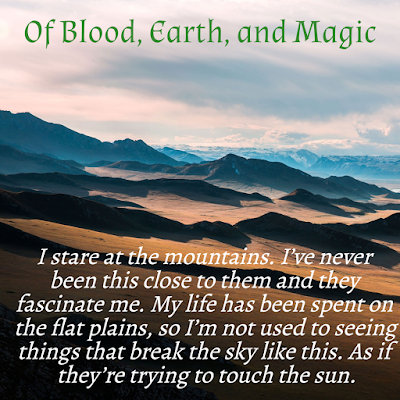 "This is definitely a wonderful fantasy story that had me lost in the pages. I was totally intrigued. Don’t miss out once it’s released." Goodreads Reviewer

"Another thing that I really loved about this novel is the way it made every action scene move: with urgency for the life-and-death battles, and a tenderness that just makes you sigh for the quieter interactions between its characters, humans and horses alike. I also really loved how magic is described as part of the earth, having scent like the earth, moving and springing from the earth. It is as much a part of the story as its characters, playing both a destructive and a healing role." Reedsy Discovery 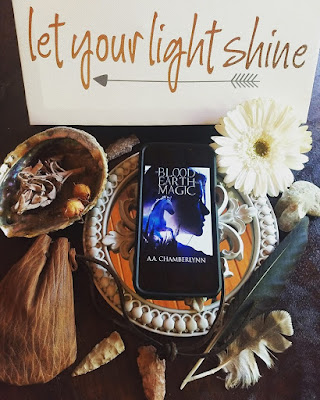 Welcome to the world, book baby! I hope you enjoy Of Blood, Earth, and Magic as much as I do.