So, this weekend I got the quickest rejection thus far... this chic had some super powered form rejection skills.  I submitted a query late Friday night and when I got up Saturday morning, already turned down.  Now, granted, this agency only asked for a query letter and no sample pages, so she didn't have a lot to read.  But impressive for a Friday night.  Maybe they've created a robot that can automatically respond to queries... AI for agents.  He he he...

On a more happy note, Halloween is coming up. Don't you just love Halloween? I never end up getting a cool costume, but if I did, I'd be Hit Girl from the movie Kick Ass - eleven-year-old assassin with a foul mouth.

On other Halloween related topics, we bought our first pumpkin the other day... my son picked out a cool orange and white speckled one.  Also, yesterday I took him to his first football game and here's a secret - it was actually my first, too.  Living in a big university town it's kind of weird I've never been, but I could just never get at all interested in football.  After seeing the game, I'm still not interested in it, but I did have fun just being in the stadium surrounded by such excitement.   Phrases like 'line of scrimmage' flying about the crisp October air.

Here are a couple pics I just took.  Enjoy! 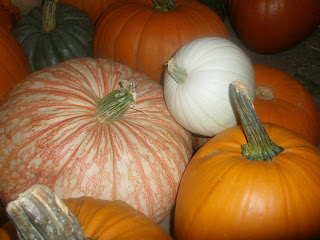 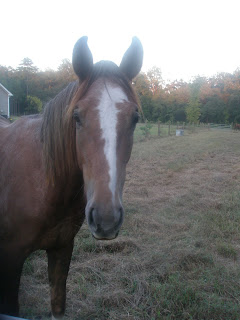 Maximus
Posted by alexia at 2:03 PM