Today for the Zyanniversary, Zy will pay everyone’s taxes! Ha, JK. But she would if she could - Zyan would go to Hell and back for her friends (quite literally). So we’ll talk about some of her friends in this post. But don’t forget to pop over to Facebook for the free book of the day and other awesome stuff.

First, my main inspiration for writing urban fantasy: Laurell K. Hamilton. I devoured the Anita Blake books as a teen, or rather, the first eight or so. They got a bit dark for me after that, but I’ll never forget those first few and how addictive they were. That blend of the supernatural with danger and a bit of humor… good stuff.

Another great urban fantasy series with a refreshingly unique premise is the Totem Series by my friend Christine Rains. Set in Alaska, the series follow three bear shifter sisters on their hunt to find missing magical totems. The series is full of Inuit legend and mythos, and it’s a super fun read.

More on the paranormal romance side is the Cloaked Series by another friend, T.F Walsh. It’s about werewolves (called Wulkfin) and has a fun European flare to the traditional wolf story. Plus, it’s way steamy! Definitely a good one to get the blood racing J 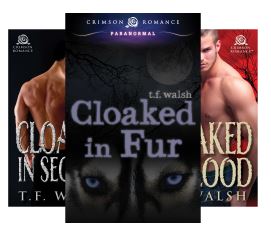 If genies are more your thing, check out the Once Upon a Djinn series by B.E. Sanderson. Featuring a snarky genie whose personal mission is to free enslaved genies, it’s a fun read. A bit of romance, lots of good humor and action. Check it out! 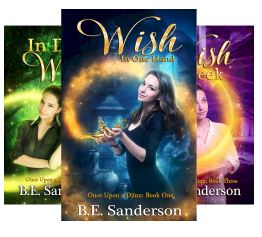 What are your fave urban fantasy or PNR reads?